Find resources to learn about the history of Florida State University and its predecessor institutions.

History of the Main Library at FSU 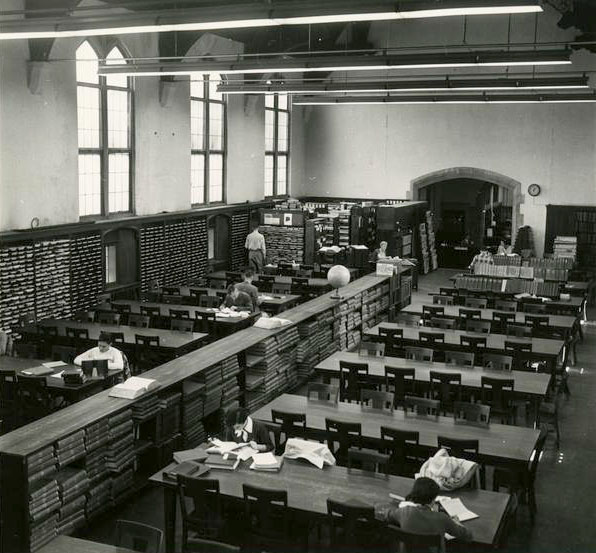 The history of the University Libraries at Florida State University traces back over 100 years to our beginnings as the West Florida Seminary. In the 1880s, students had access to both a reference library, housed in College Hall, and a more expansive “university library,” which was located off-campus. The first librarian for the university, J.A. Arbuckle, was appointed in 1897.

By 1903, University administration wanted the library to be “the center of college life.” New librarian Mary A. Apthorpe was appointed, and critical changes began transforming the library under her lead. The library offerings were expanded and items began being catalogued according to the Dewey Decimal System.

As library holdings and services continued to grow, the university recognized the need for a dedicated library building. Work began on the new space, that is now the FSU Heritage Museum in Dodd Hall, in 1923. This building served as the library for Florida State College for Women and then for Florida State University until Strozier Library was built in 1956.

The new library opened to students towards the end of 1924, and Louise Richardson was hired as the university librarian, a role she would hold until 1953. Along with being the librarian, Richardson also created curriculum for and taught the first library science courses offered by Florida State College for Women. In 1926 “Library Science” became its own instruction area, composed of two classes: Library Methods and Advanced Library Methods. In 1929, Etta Lane Matthews was hired as the first professor of Library Science.

The new library building on the north edge of Landis Green opened in 1956. Between 1956 and 1958, major reorganization and expansion took place within the library. The Department of Special Collections was created during these years with the goal to “preserve and make available to scholars rare books and historical documents of Florida”. The library was dedicated as the Robert Manning Strozier Library in 1961.

According to the 1956-1958 President's Report, the new library included student carrells, faculty and graduate study spaces, air conditioning, and good elevator service. The report also makes clear that from the opening of the new library, university officials recognized a need for even more space. This expansion became a reality in 1967, when the library was expanded to include a 5-story annex.