Skip to Main Content
It looks like you're using Internet Explorer 11 or older. This website works best with modern browsers such as the latest versions of Chrome, Firefox, Safari, and Edge. If you continue with this browser, you may see unexpected results.
FIND & BORROW
RESEARCH & PUBLISH
VISIT & STUDY
EXPLORE COLLECTIONS
ABOUT
HELP & SUPPORT

A Guide to Research Materials Available at FSU Libraries 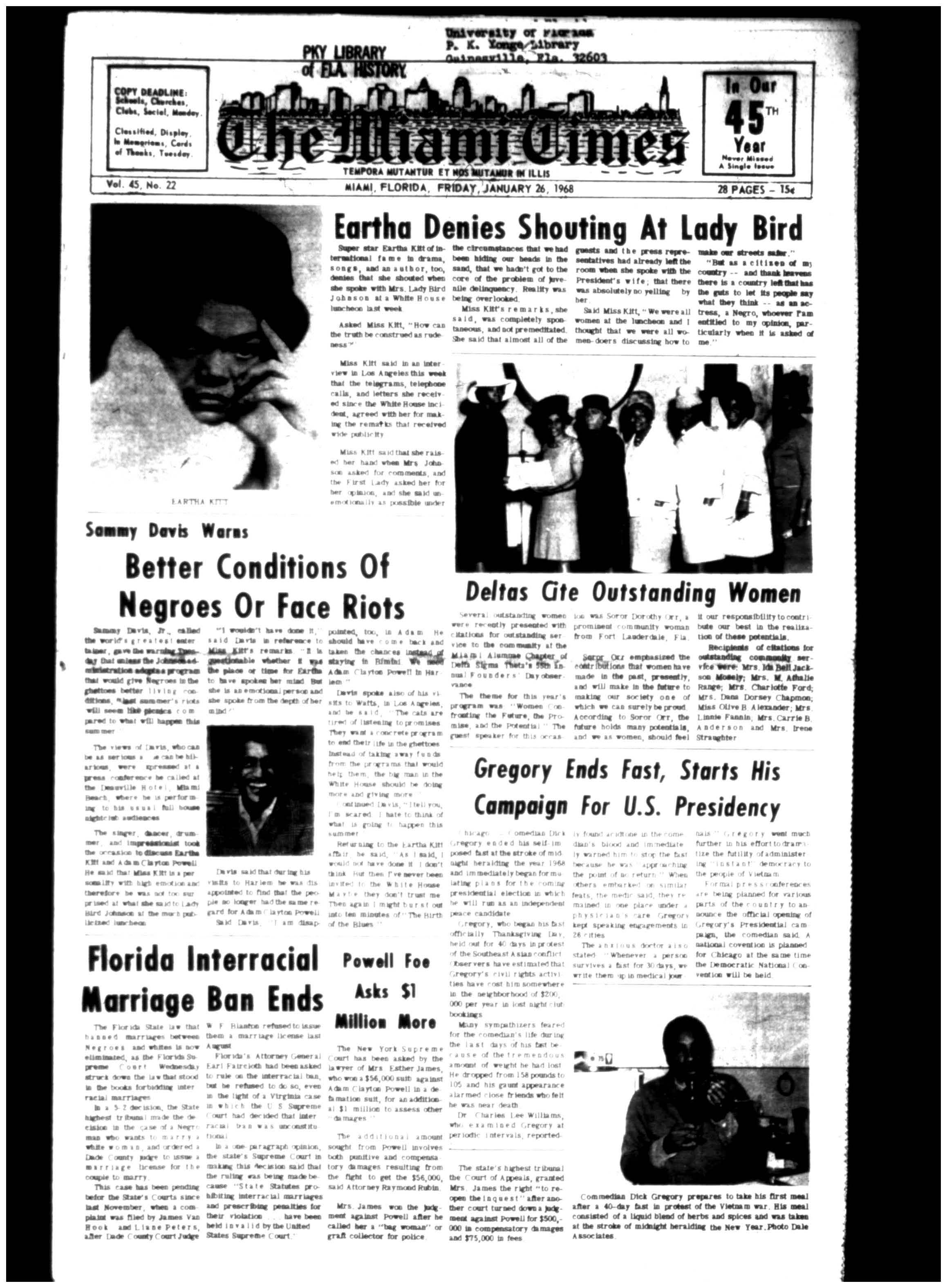 Asked Miss Kitt, "How can the truth be construed as rudeness?"

What can I find in newspapers?

With few exceptions, most newspapers are written for a local audience. Consider exploring the coverage of important civil rights events through the lens of both local and national papers. Furthermore, newspapers of the mid-twentieth century imagined their readers as white, middle-class Americans. As a result, many African-American communities published their own papers, covering issues that might be ignored by the white establishment.

The following are a selection of historical African-American newspapers available on microfilm at FSU Libraries.