The Papyrus Fragments collection (MSS 2015-008) consists of twenty-six fragments of papyrus with Greek text. Sixteen fragments are known to be orders to bankers to pay out various sums. Some fragments are too small to make sense of but all seem to be orders to a banker to pay a sum to a third person and are essentially an early form of checks or banknotes. Some of the papyri are cut from larger pieces that were previously written on. Some have writing on the back but none date later than the main writing and none are in good enough condition to read. The collection was purchased by FSU from a private collector in Holland in1973. The collection had been in her family since the early 1900’s (Bagnall 1976).

A note with the texts stated that they came from mummy cartonnage (plastered layers of papyrus) found at Abusir el-Melek. Waste paper was brought here from more than one area to use as cartonnage but it is most likely these papyri are from the Herakleopolite Nome (Bagnall & Bogaert 1975). 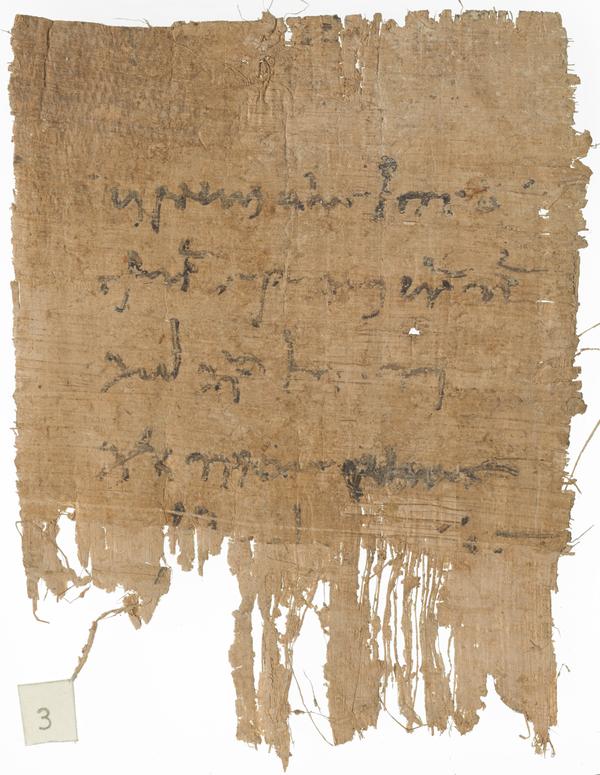